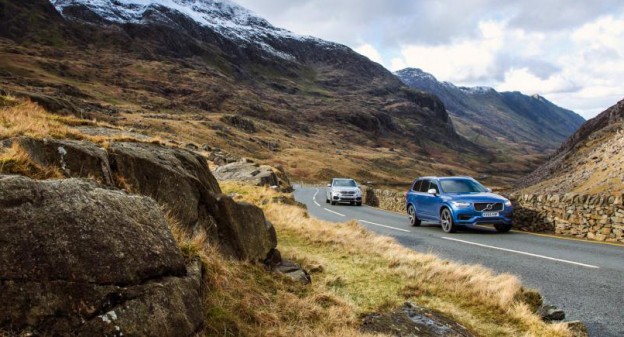 Put head to head, Volvo outranked the BMW over and over…and over again. Sorry BMW, drivers don’t have the time for “inconsistent” and “strained.” In a slowly growing niche of vehicles, the Hybrid SUV, the XC90 T8 is proving to be the best of the best.

The look and feel of the XC90 T8 alone leaves the BMW X6 40e in the shadows. But what happens when you put them to the test? The XC90 stands its ground.

Pushing 300 bhp, (over the BMW’s 242bhp) we question its ability to stand up to its real hybrid appeal. The XC90 is the economical choice for you wallet, time, and mother nature.

As a DMV commuter, traffic has become a part of and sometimes dictates, our everyday lives. Crucial in our commuter-centric world, the XC90 bested the BMW’s 34.9mpg by almost 10 miles per gallon. And even after the battery has taken a toll, and is well depleted the Volvo still goes farther (with a more responsive powerful feel) than its German counterpart. Not to mention, after the battery, the Volvo is running in the 30’s while BMW is falls just below. (You see the pattern here?)

“The XC90 is, quite plainly, the more appealing product.”

What about space? Volvo has managed to finesse the on board drive battery in a way that allows to keep its seven passenger space, while the BMW only has room for five.

And If none of that was at all convincing, consider this– with the XC90 in your driveway you can sleep soundly knowing that its CO2 emissions falls significantly below the BMW’s 78g/km of CO2.

Here’s how the two stack up:

Don Beyer Volvo has the Largest XC90 inventory in-stock in the Mid-Atlantic. Select yours today.